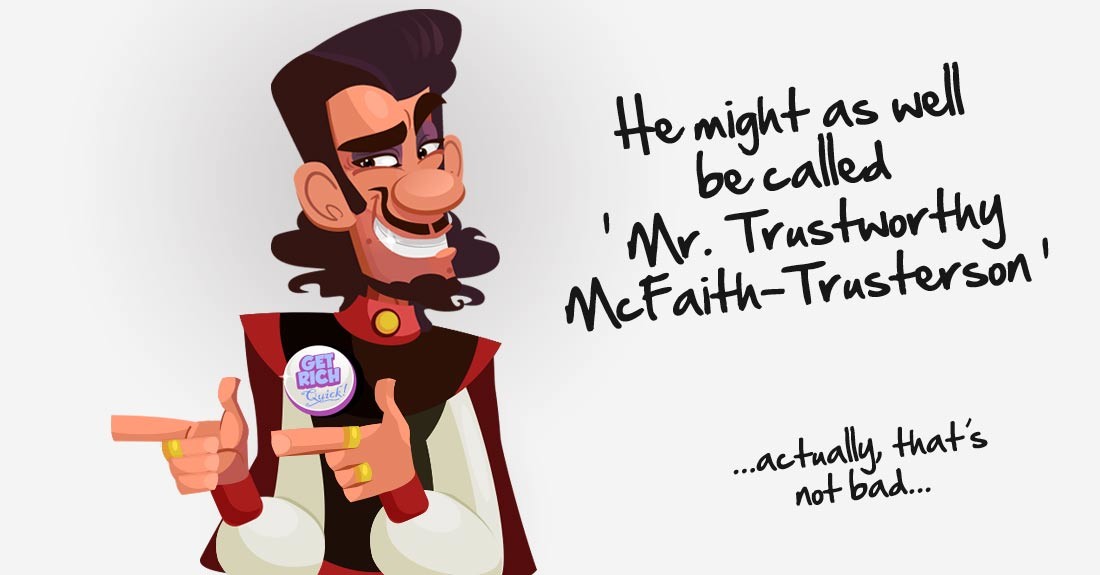 In fairy tales, characters rarely have names. Who they are isn’t as important as what they are – jealous step-mothers, kind-hearted wives of ogres, dim-witted butter-under-their-hat-wearers…

That’s what drives the story to its end.

To fit the fairy tale world, I want the people Cuthbert meets on his journeys – aside from the few who wouldn’t be recognised without their names, like Robin Hood, Jack and Jill, uh… Beauty – to have titles and positions rather than proper names.

Given how many people Cuthbert meets in his adventures, this has some pretty big benefits; there’s no falling into the Song of Ice and Fire Bran-Bronn-Brandon-Brynden problem, where you’re not entirely sure who’s being talked about at any one time.

But it does have its problems. Especially given how many characters run shops and market stalls.

Differentiating between shopkeepers and salespeople is clunky. I don’t want to throw a thesaurus at it (Entrepreneur! Retailer! Peddler!) but I also can’t rely entirely on the artwork and the context of the scene to separate who’s who, as I found to my chagrin this week when I had to write what might be the most awkward sentence ever barely strung together in the English language:

Cuthbert eyed the lamps stacked together in a tall, impossible-to-shop-from display, wondering if they’d do whatever job the salesman at the Get Rich Quick stall was after. Without him having to get sand in his socks.

Since this text comes up when Cuthbert’s at another, slightly different stall, the name of the salesman in question needs to get shoe-horned in with all the subtlety of a pick-pocketing rhinoceros. With allergies.

The character who runs the stall, an obviously dodgy, selling you on something too good to be true type, is referred to everywhere as ‘the salesman’. And I’ve been working with this room for so long now that that simply makes sense as his name when I hear it. I run the words together when I speak them – Thasalez Mahn – as if it’s a proper name. His face is synonymous with the very idea of selling things to me.

Why wouldn’t it be?

The problem is: he never sells you anything.

He’s not even there to sell anything, really. He talks you into doing some work for him, in return for payment. That’s… sort of the opposite of a salesman, really. Which never occurred to me until I had to put his name in context at another stall and realised Thasalez Mahn doesn’t quite work in fairy tale terms.

The whole idea of using titles instead of names doesn’t quite work in fairy tale terms.

Because, what I didn’t consider before, fairy tales also have a narrator – someone who can point to a character and call them a charlatan. Or even a knave. But in a story being told from sweet summer child Cuthbert Tattersall’s point of view, it doesn’t make sense to do that. Cuthbert has no idea who Mr. Mahn really is. But I’m not sure Very Nice Chap Who Runs The Get Rich Quick stall will work much better.

Either way, I’ve got some rewriting to do.